Now we are going to add an API that returns a list of all the notes a user has. This’ll be very similar to the previous chapter where we were returning a single note.

Create a new file in services/functions/list.js with the following.

This is pretty much the same as our get.js except we use a condition to only return the items that have the same userId as the one we are passing in. In our case, it’s still hardcoded to 123.

Let’s add the route for this new endpoint.

Add the following above the POST /notes route in stacks/ApiStack.js.

If you switch over to your terminal, you’ll notice that you are being prompted to redeploy your changes. Go ahead and hit ENTER.

Note that, you’ll need to have sst start running for this to happen. If you had previously stopped it, then running npx sst start will deploy your changes again.

You should see that the API stack is being updated.

Let’s test the list all notes API. Head to the API tab of the SST Console.

You should see the notes being returned in the response. 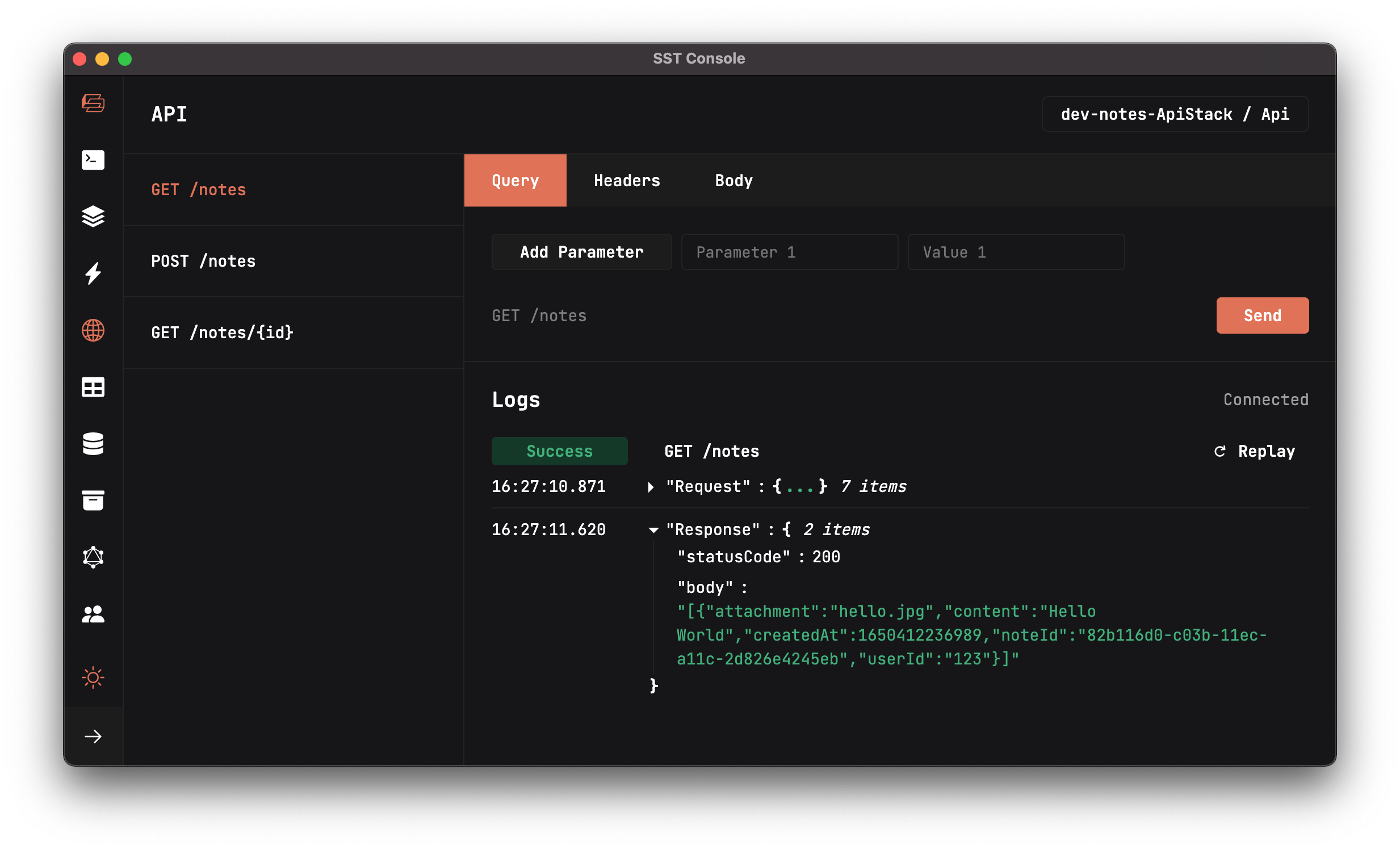 Note that, we are getting an array of notes. Instead of a single note.

Next we are going to add an API to update a note.