Now let’s look at how we make changes and update our app. The process is very similar to how we deployed our code to S3 but with a few changes. Here is what it looks like.

Let’s assume you’ve made some changes to your app; you’ll need to build these changes first.

First let’s prepare our app for production by building it. Run the following in your working directory.

Now that our app is built and ready in the build/ directory, let’s deploy to S3.

Run the following from our working directory to upload our app to our main S3 Bucket. Make sure to replace YOUR_S3_DEPLOY_BUCKET_NAME with the S3 Bucket we created in the Create an S3 bucket chapter.

Note the --delete flag here; this is telling S3 to delete all the files that are in the bucket that we aren’t uploading this time around. Create React App generates unique bundles when we build it and without this flag we’ll end up retaining all the files from the previous builds. Our changes should be live on S3.

Now to ensure that CloudFront is serving out the updated version of our app, let’s invalidate the CloudFront cache. 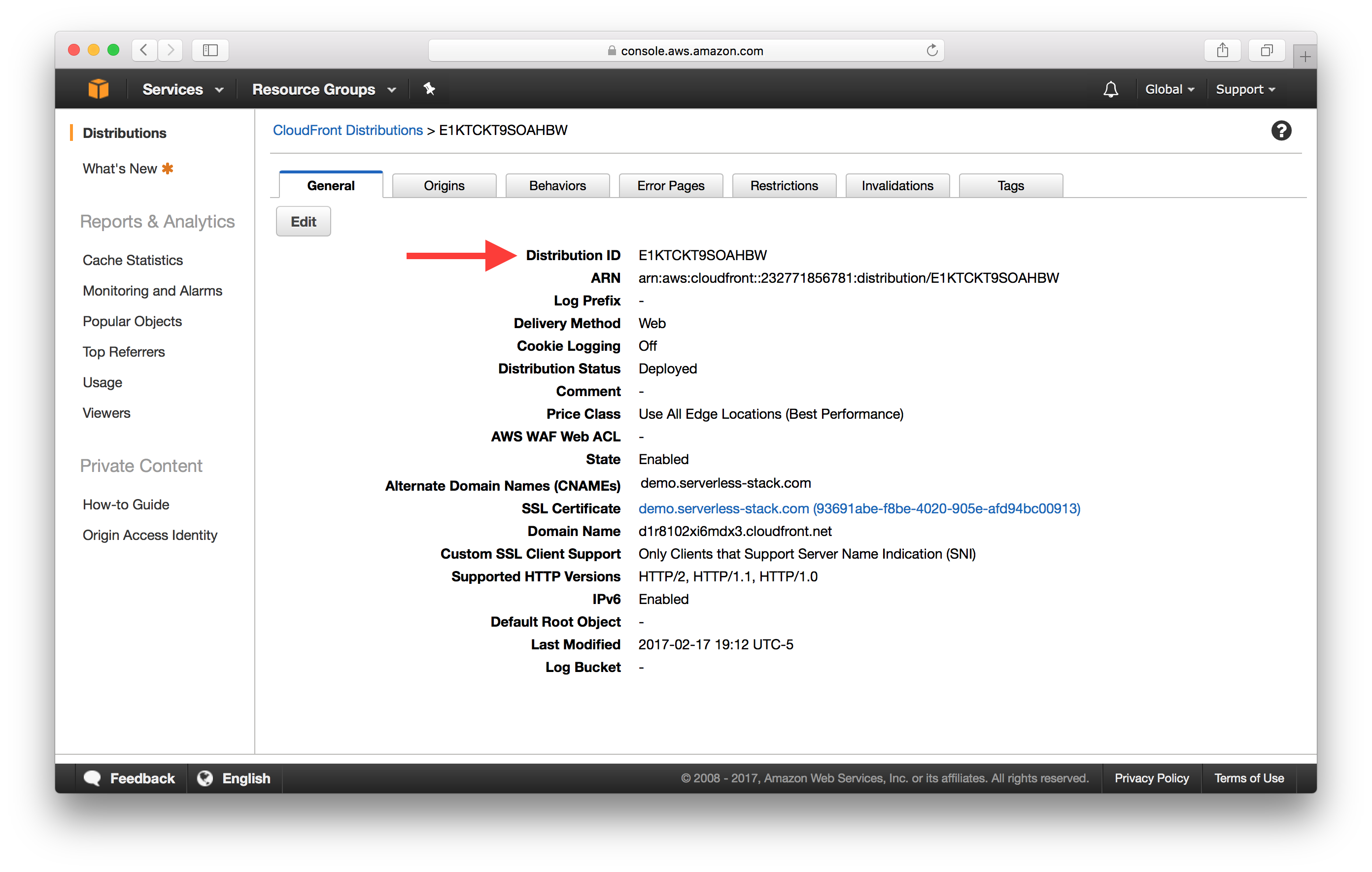 This invalidates our distribution for both the www and non-www versions of our domain. If you click on the Invalidations tab, you should see your invalidation request being processed. 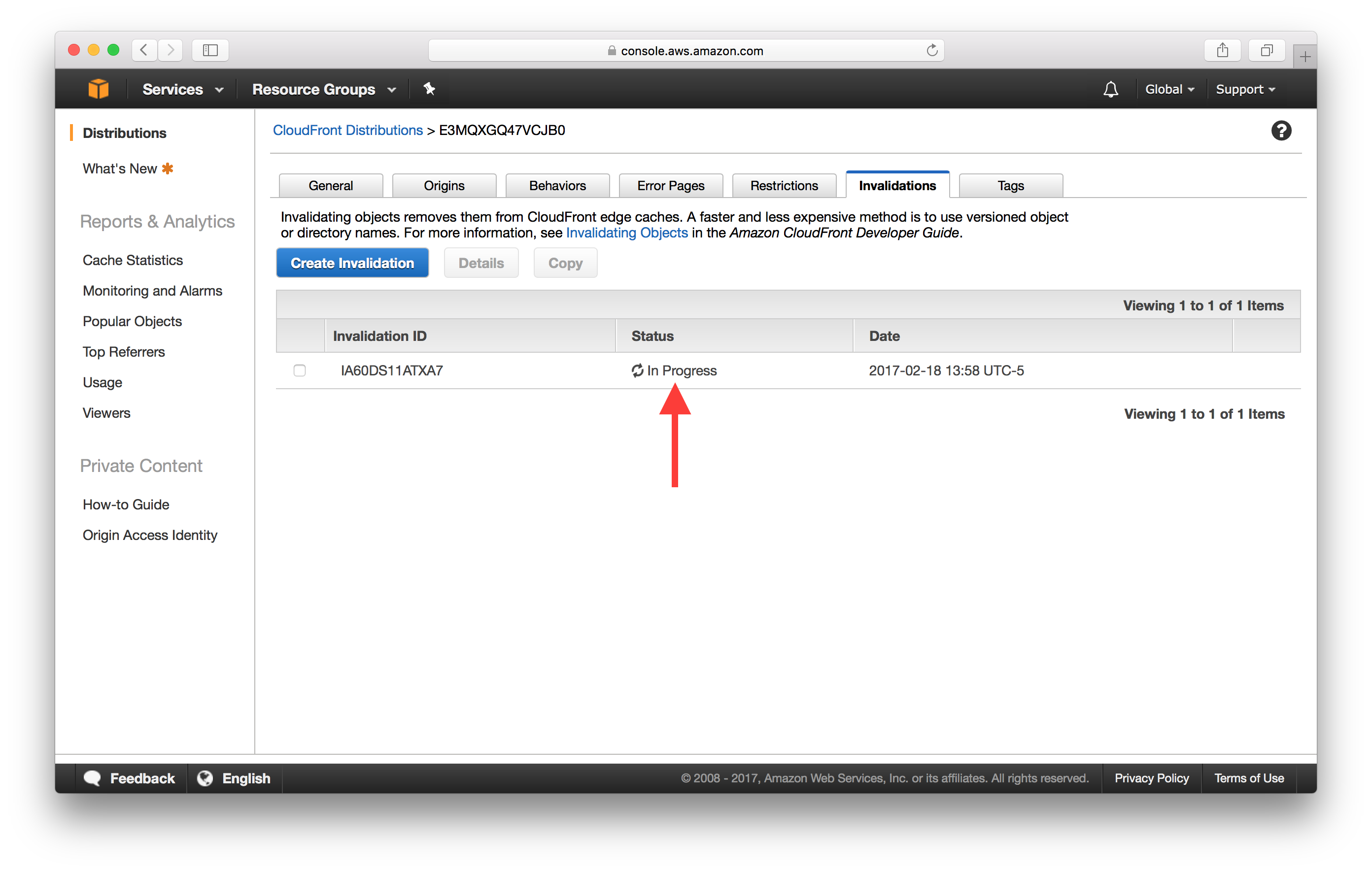 It can take a few minutes to complete. But once it is done, the updated version of our app should be live.

And that’s it! We now have a set of commands we can run to deploy our updates. Let’s quickly put them together so we can do it with one command.

NPM allows us to add a deploy command in our package.json.

Add the following in the scripts block above eject in the package.json.

For Windows users, if postdeploy returns an error like.

Make sure that there is no quote in the /*.

Now simply run the following command from your project root when you want to deploy your updates. It’ll build your app, upload it to S3, and invalidate the CloudFront cache.

And that’s it! Now you have a workflow for deploying and updating your React app on AWS using S3 and CloudFront.