Once you are repeatedly deploying your serverless application, you might notice that the Serverless deployments are not very fast. This is especially true if your app has a ton of service. There are a couple of things you can do here to speed up your builds. One of them is to only deploy the services that’ve been updated.

In this chapter we’ll look at how to do that.

Note that, we are doing this by default in Seed. Recall that when we merged the like branch to the master branch, only the like-api service and the notes-api showed a solid check. The other two services showed a greyed out check mark. This means that there were no changes to be deployed for this service. 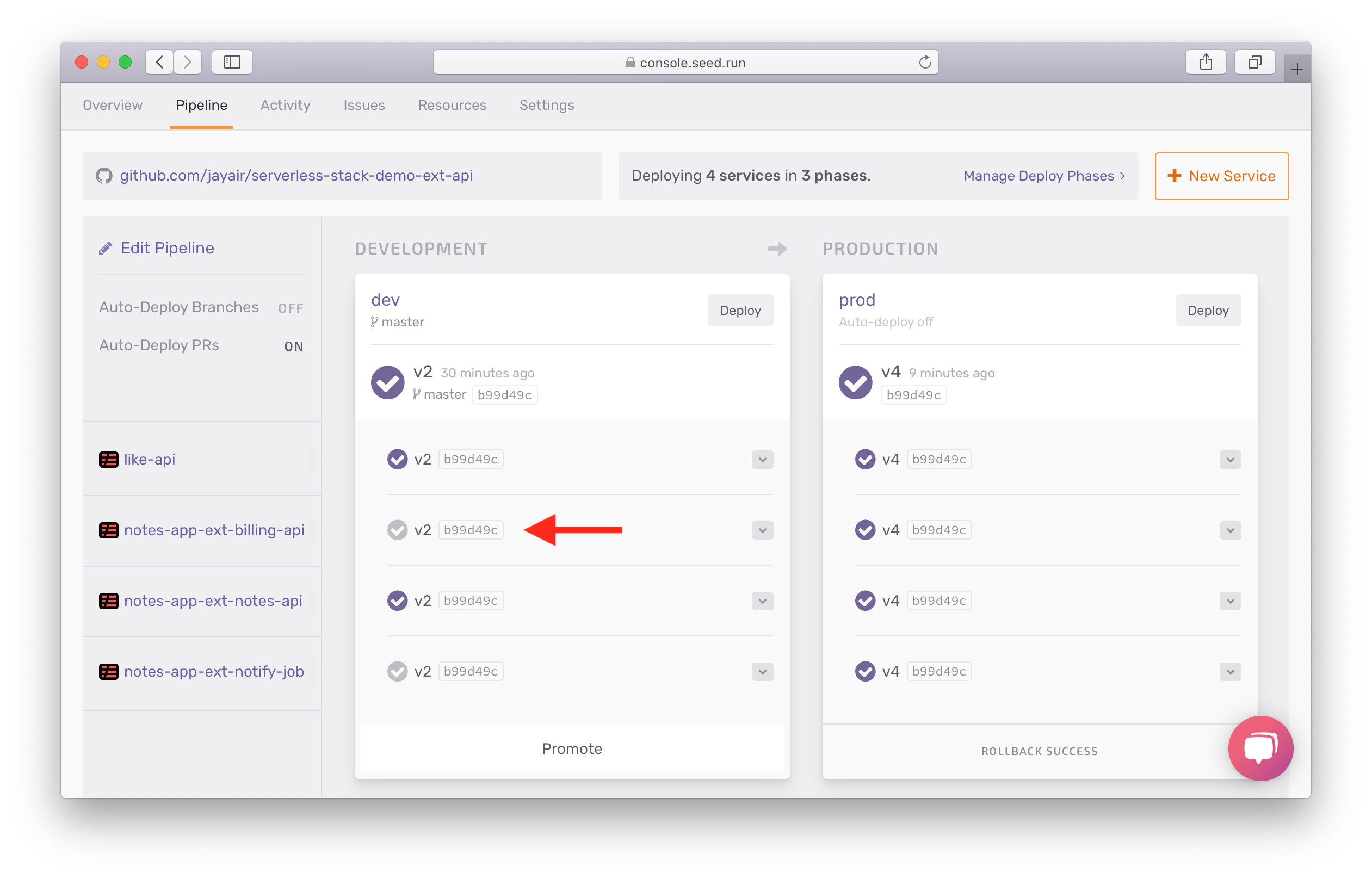 In a serverless app with a single service, the deployment strategy in your CI/CD pipeline is straight forward: deploy my app on every git push.

However in a monorepo setup, an app is made up of many Serverless Framework services. It’s not uncommon for teams to have apps with over 40 services in a single repo on Seed. For these setups, it does not make sense to deploy all the services when all you are trying to do is fix a typo! You only want to deploy the services that have been updated because deploying all your services on every commit is:

There are a couple of ways to only deploy the services that have been updated in your serverless CI/CD pipeline.

The serverless deploy command has built-in support to skip a deployment if the deployment package has not changed.

However, there are two downsides to this.

A better approach here is to check if there are any commits in a service directory before deploying that service.

When some code is pushed, you can run the following command to get a list of updated files:

This will give you a list of files that have changed between the two commits. With the list of changed files, there are three scenarios from the perspective of a given service. We are going to use notes-api as an example:

Your repo setup can look different, but the general concept still holds true. You have to figure out which file change affects an individual service, and which affects all the services. The advantage of this strategy is that you know upfront which services can be skipped, allowing you to skip a portion of the entire build process!

And this concludes our section on the development workflow! Next, we’ll look at how to trace our serverless applications using AWS X-Ray.