Now that our new feature has been tested and merged to master, we are ready to promote it to production. We are going to do so by promoting our dev stage to prod.

Head over to Seed. And then hit Promote at the bottom of the dev stage. 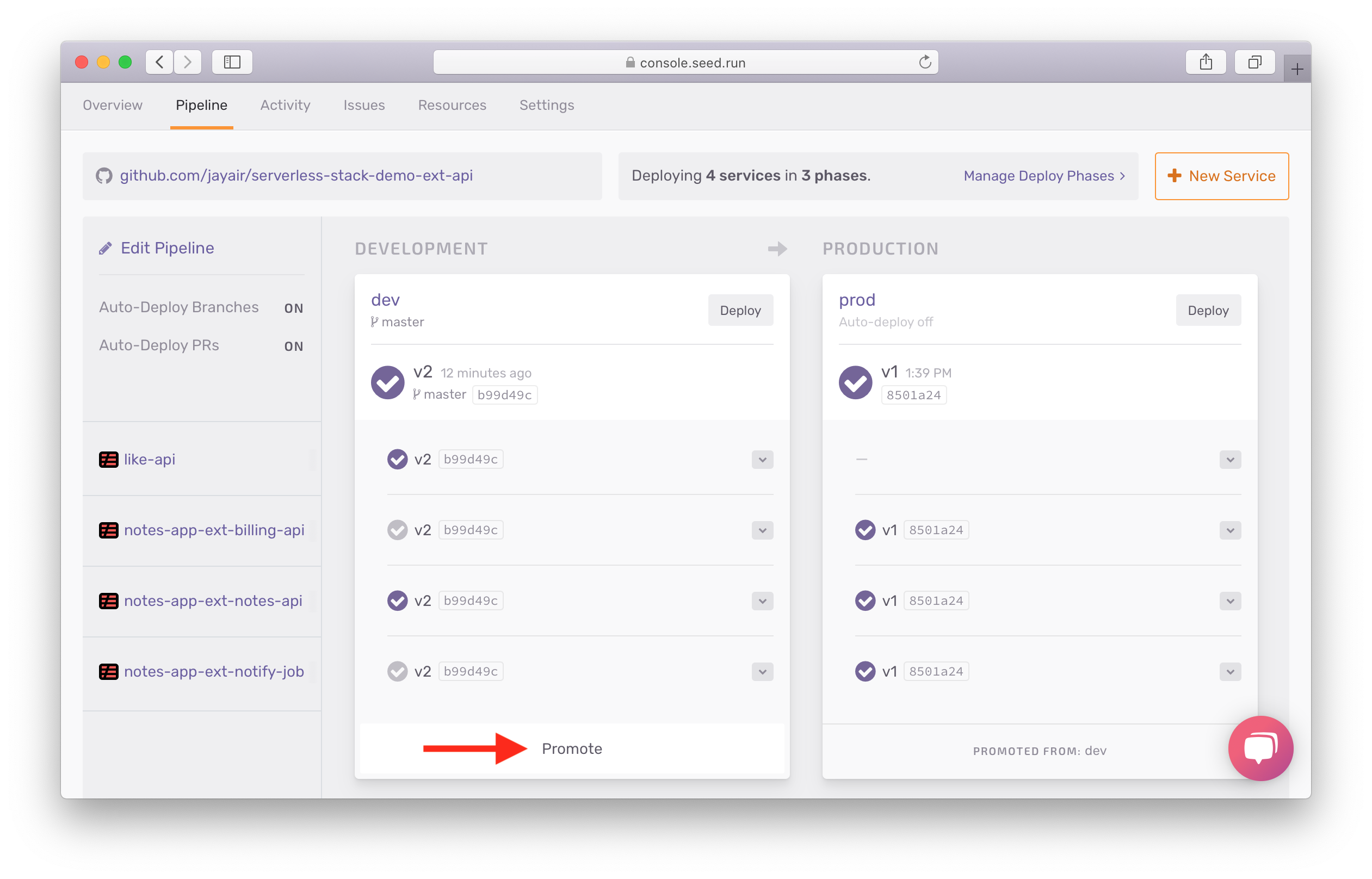 You will see a list of changes. Note, only the major changes are shown here. The change list shows that we added a Lambda functions and an API Gateway method. A couple of other minor resources like the Lambda execution IAM role and Lambda’s CloudWatch log group were also added but those are hidden by default. 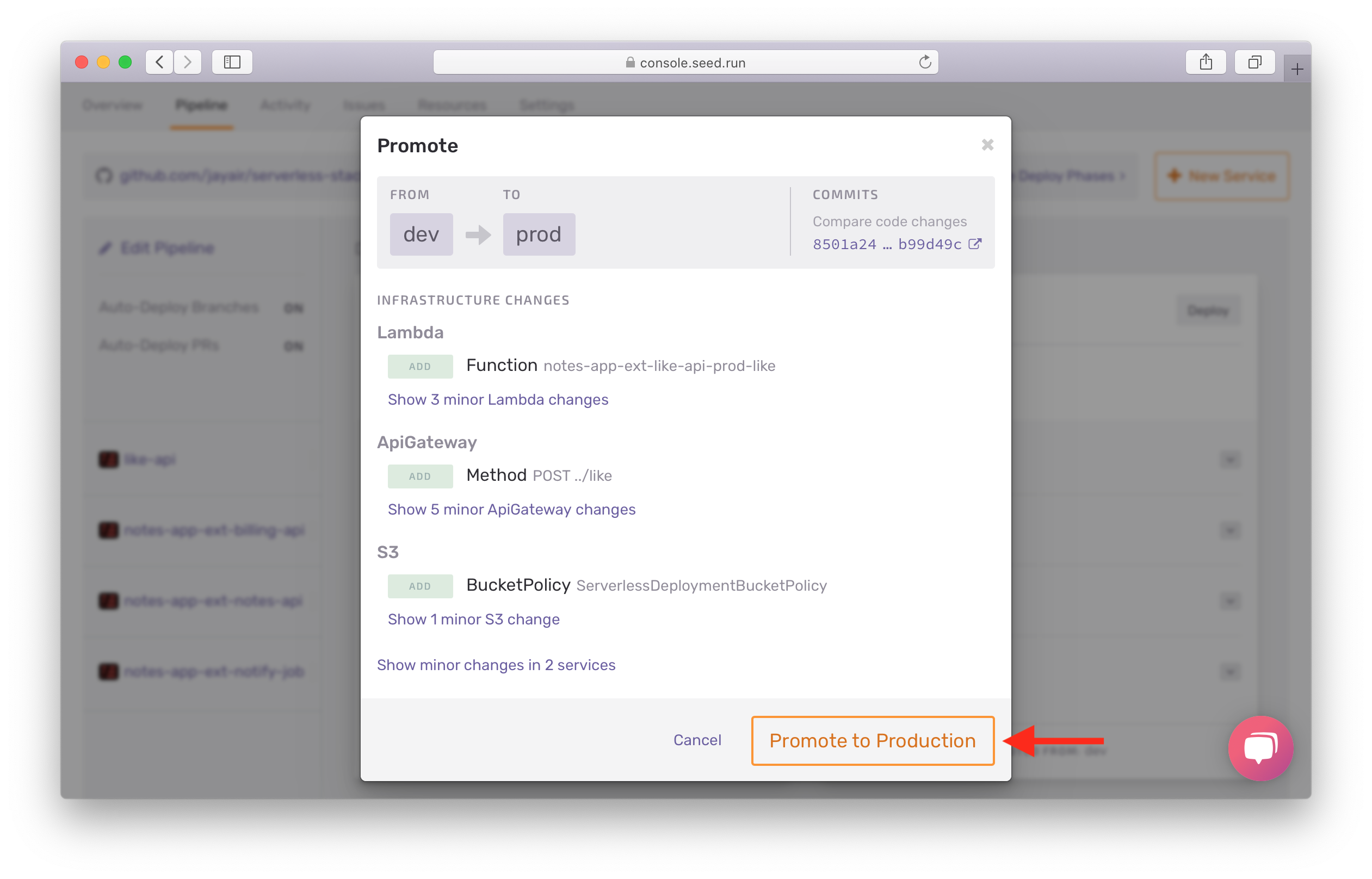 This will trigger the prod stage to start building. 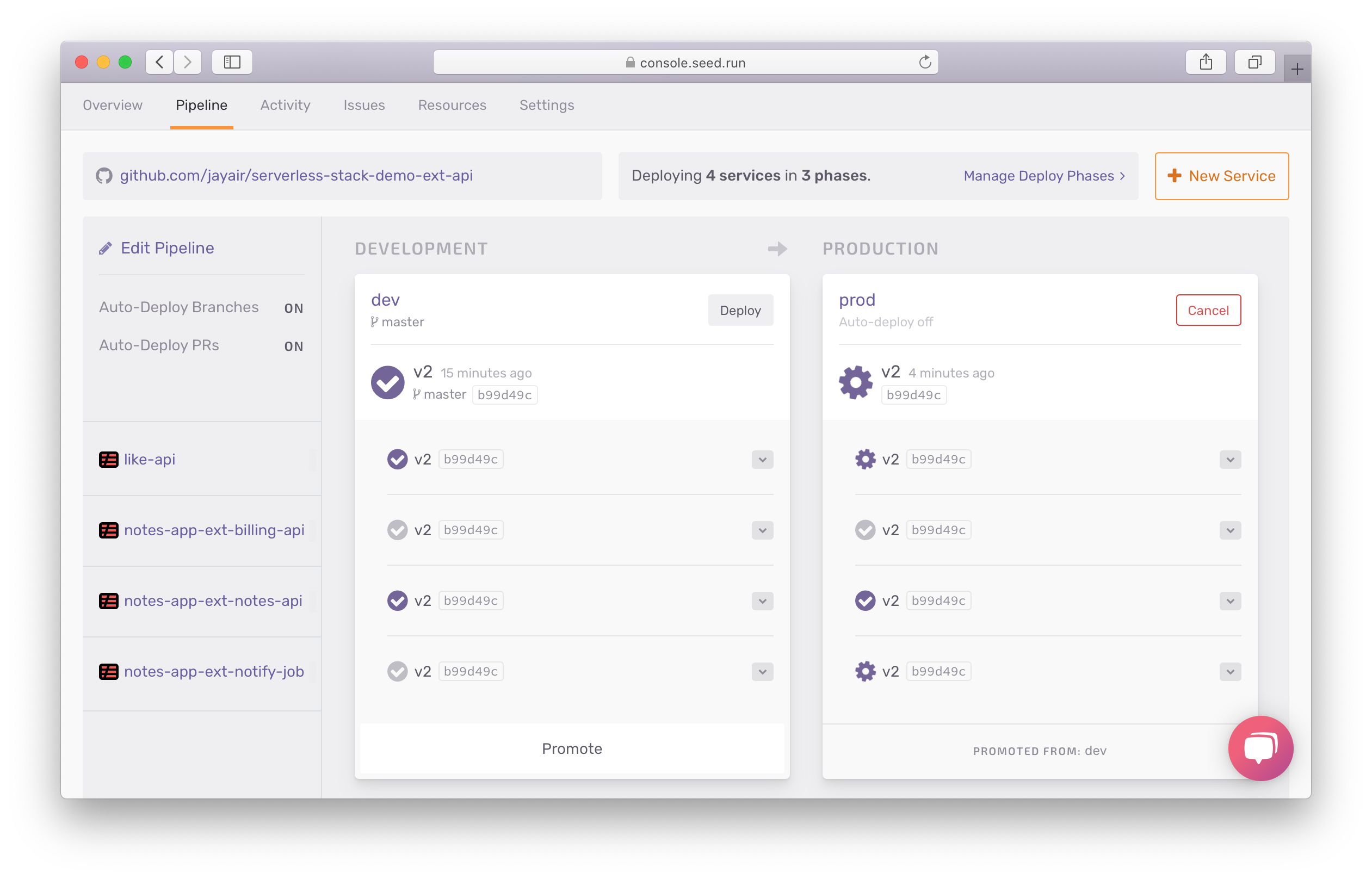 To avoid these issues in the first place, it’s recommended that you have a step to review your infrastructure changes before they get promoted to production.

What is a change set?

We recommend generating CloudFormation Change Sets as a part of the manual approval step in your CI/CD pipeline. This will let you review the exact infrastructure changes that are going to be applied. We think this extra step can really help prevent any irreversible infrastructure changes from being deployed to your production environment.

However, CloudFormation templates and Change Sets can be pretty hard to read. Here is where Serverless Framework does a really good job of allowing you to provision a Lambda and API resources in a simple and compact syntax. Behind the scene, a great number of resources are provisioned: Lambda roles, Lambda versions, Lambda log groups, API Gateway resource, API Gateway method, API Gateway deployment, just to name a few. However when CloudFormation shows you a list of changes with these resources (usually with cryptic names), it obscures the actual changes that you need to be paying attention to. This is why with Seed we’ve taken extra care to improve on the CloudFormation Change Set. We do this by showing changes that are relevant to us as developers and highlight the changes that need extra attention.

Next, let’s look at the scenario where you might end up having to rollback your code.