In this example we’ll look at how to create an Apollo GraphQL API on AWS using SST.

By default, our app will be deployed to an environment (or stage) called dev and the us-east-1 AWS region. This can be changed in the sst.json in your project root.

An SST app is made up of two parts.

Setting up our infrastructure

Let’s start by setting up our GraphQL API.

Replace the stacks/MyStack.ts with the following.

We are creating an Apollo GraphQL API here using the GraphQLApi construct. Our Apollo Server is powered by the Lambda function in services/functions/lambda.ts.

For this example, we are not using a database. We’ll look at that in detail in another example. So we’ll just be printing out a simple string.

Let’s add a file that contains our notes in services/functions/lambda.ts.

Here we are creating an Apollo Server. We are also enabling introspection if we are running our Lambda function locally. SST sets the process.env.IS_LOCAL when run locally.

We also need to quickly update our tsconfig.json to work with the Apollo Server package.

Add the following to the compilerOptions block in the tsconfig.json.

SST features a Live Lambda Development environment that allows you to work on your serverless apps live.

The first time you run this command it’ll take a couple of minutes to deploy your app and a debug stack to power the Live Lambda Development environment.

The ApiEndpoint is the API we just created.

Let’s test our endpoint with the SST Console. The SST Console is a web based dashboard to manage your SST apps. Learn more about it in our docs.

Note, The GraphQL explorer lets you query GraphQL endpoints created with the GraphQLApi and AppSyncApi constructs in your app.

Now let’s run our query. Paste the following on the left and hit the run button. 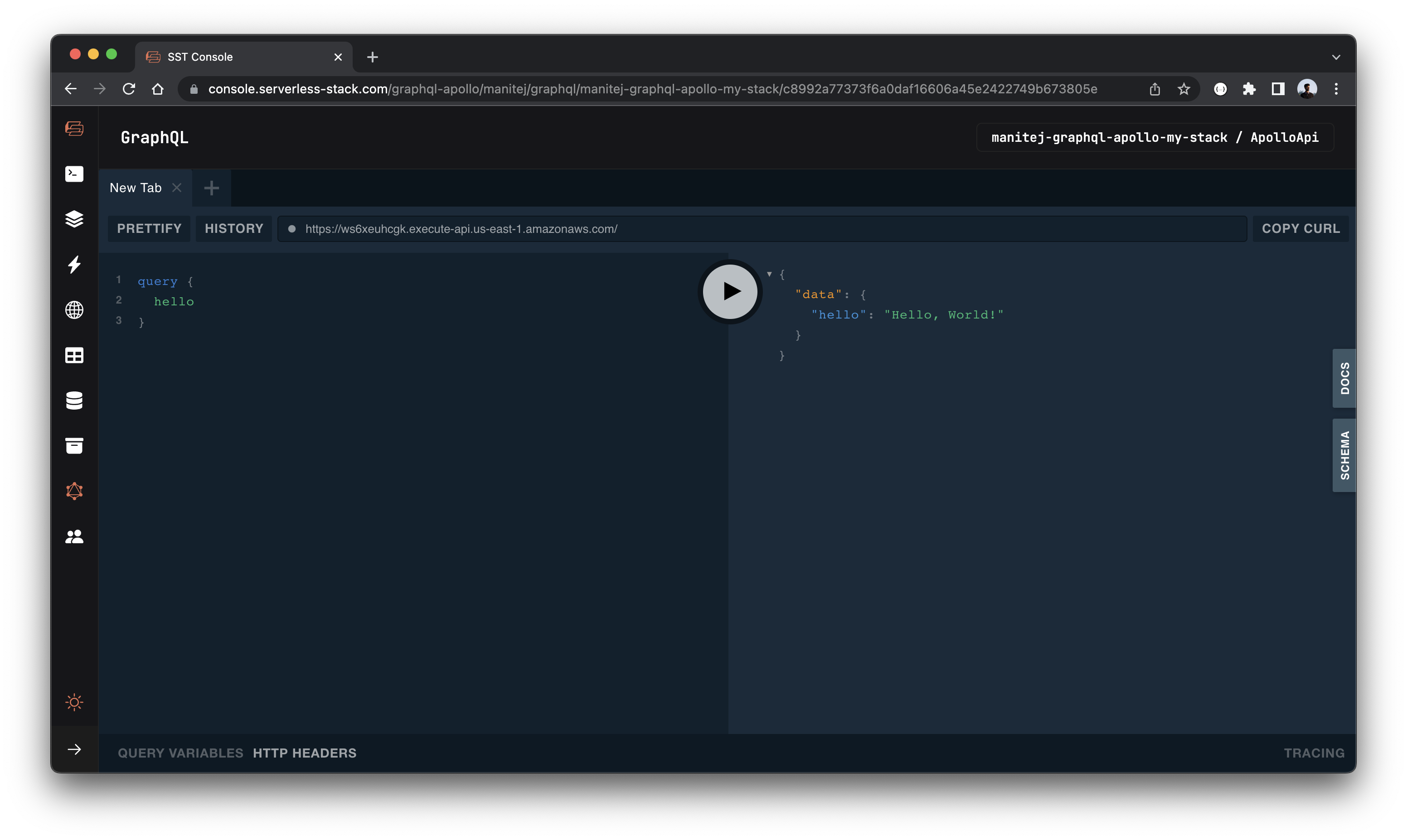 You should see Hello, World!.

Let’s make a quick change to our API.

If you head back to the GraphQL playground in SST console and run the query again, you should see the change! 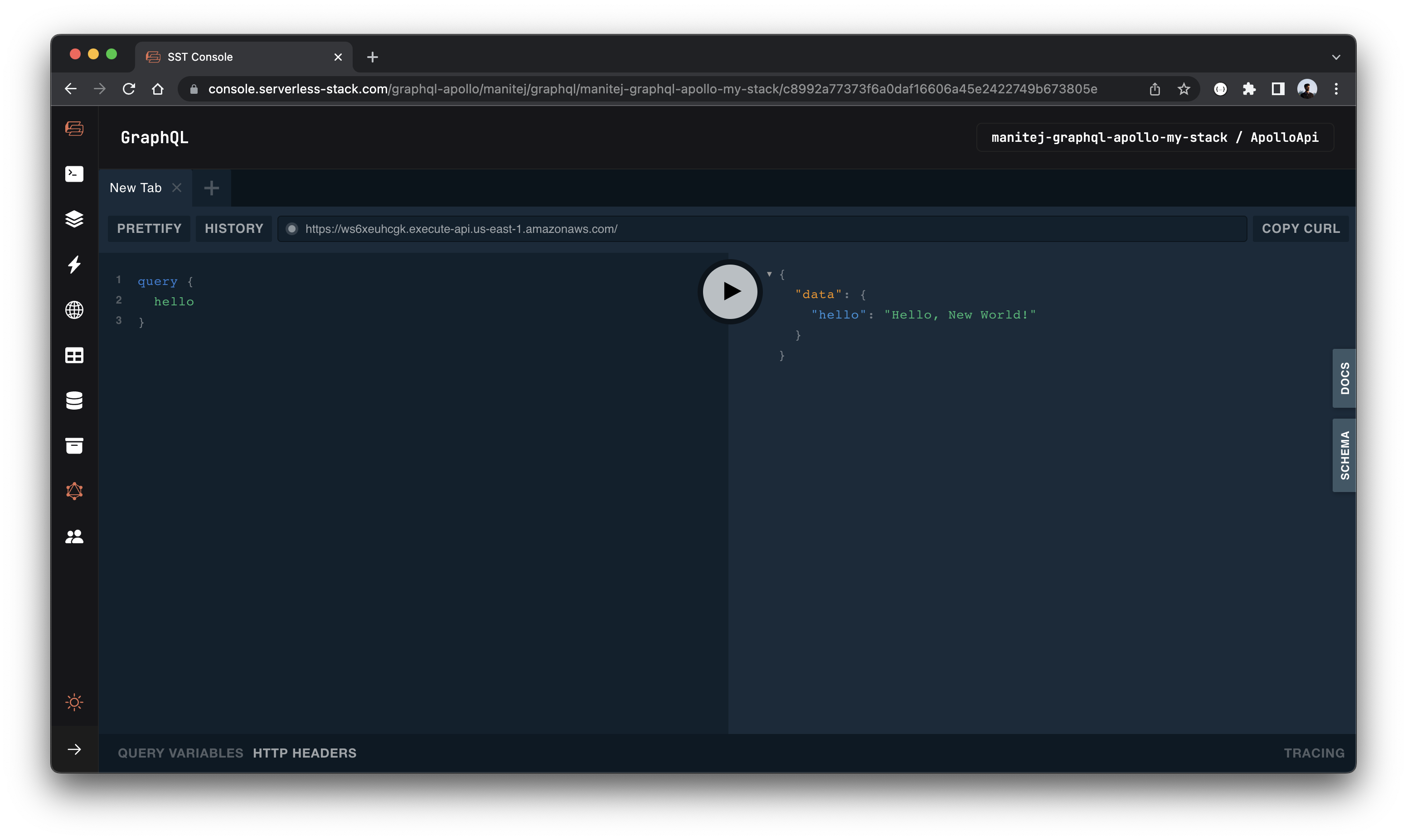 Now that our API is tested, let’s deploy it to production. You’ll recall that we were using a dev environment, the one specified in our sst.json. However, we are going to deploy it to a different environment. This ensures that the next time we are developing locally, it doesn’t break the API for our users.

Run the following in your terminal.

Finally, you can remove the resources created in this example using the following commands.

And that’s it! You’ve got a brand new serverless Apollo GraphQL API. A local development environment, to test and make changes. And it’s deployed to production as well, so you can share it with your users. Check out the repo below for the code we used in this example. And leave a comment if you have any questions!

Comments on this example

Star us on GitHub
&

SST is an open source framework for serverless.

Make changes and test your Lambda functions live, without having to redeploy.

View on GitHub
View the guide